This is a collection of a number of costumes, fiber art, and other random creative things I've created over the past few years. 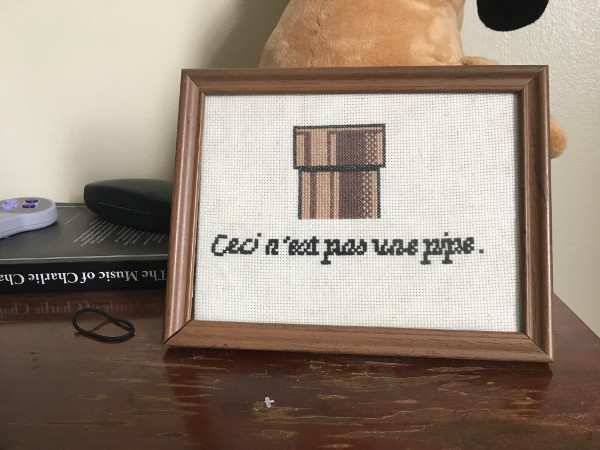 The Treachery of Surrealism
Year: 2008
This was my first cross-stitch I made. Pattern most likely came from Sprite Stitch. 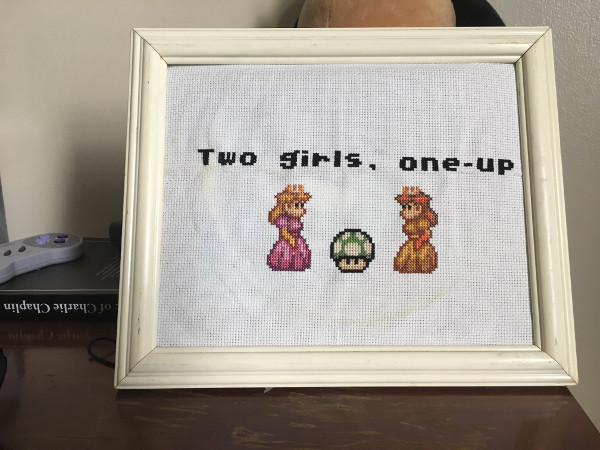 Two Girls, One Up
Year: 2009...ish
I'm not too fond of this one. The joke ended up being way more overdone than I expected it to be. You can tell it was never preserved properly, and that it's been sitting in a closet since it was finished. 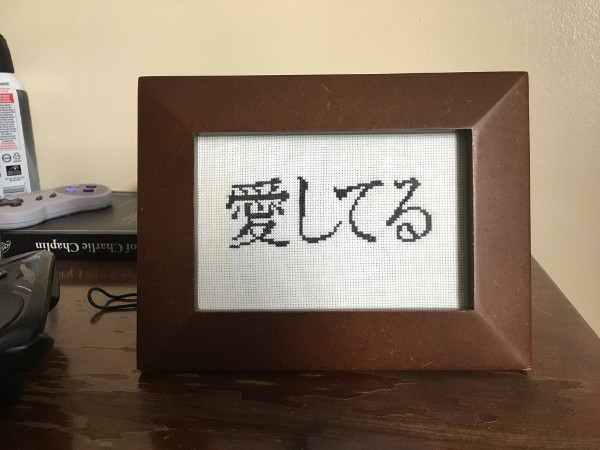 Ai love
Year: 2010
I don't really know why I made this, neither being sentimental of the idea of love or simple patterns. It reads "I love you" in Japanese. 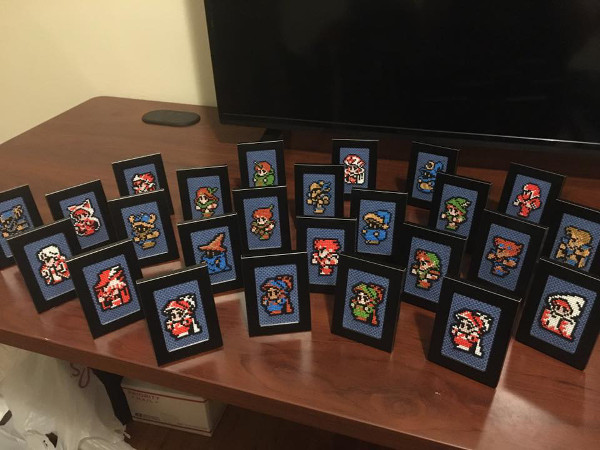 Classes
Year: 2017
This was the most ambitious but also the laziest piece I ever worked on. It took roughly a year to finish, but mostly due to a lack of willpower than anything else. 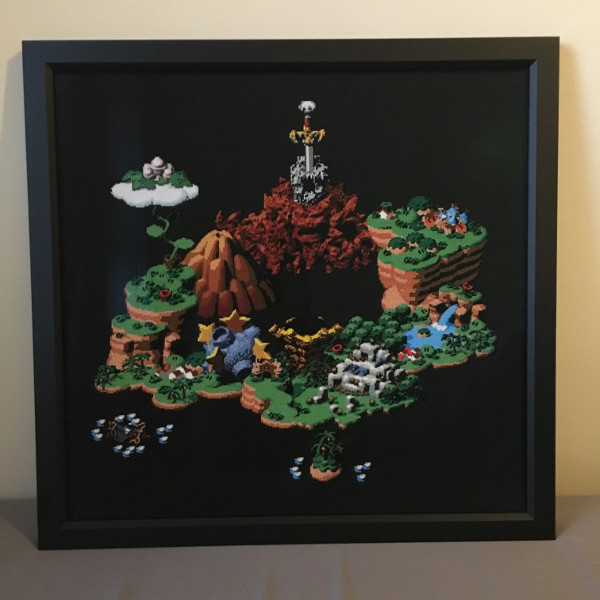 SMRPG map
Year: 2018
Largest piece I've ever made. I've played through this game several times - and it's just involved enough to be impressive, but not too large to be impossible to finish. 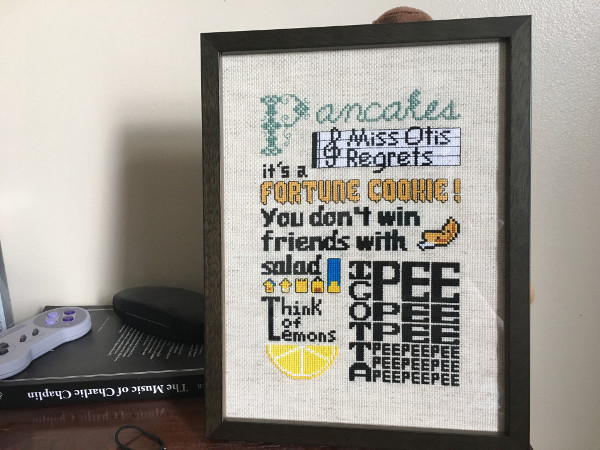 Catchphrase
Year: 2019
A gift for my mother. This is a collection of sayings from when I was a kid. 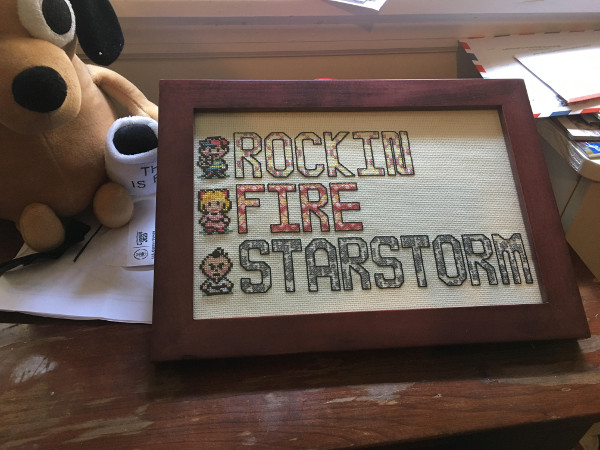 PSI
Year: 2020
I came up with this pattern by trying my hand at one of those helvetica ampersand shirt designs, but thought it looked too bland, so I added sprites. This is also my first attempt at blackwork. 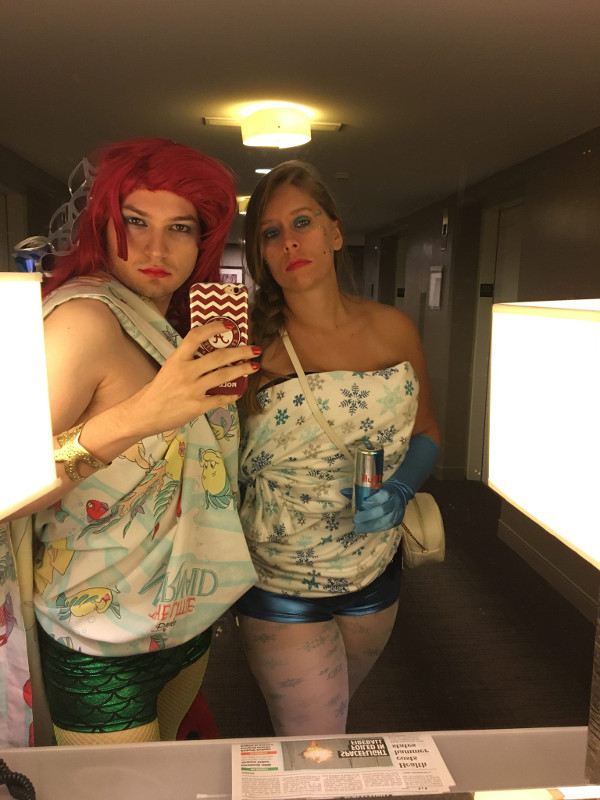 Morning After Disney Princesses
Year: 2016
Probably the last time I will wear make-up, and the last time we wear a nightlife costume in the morning. 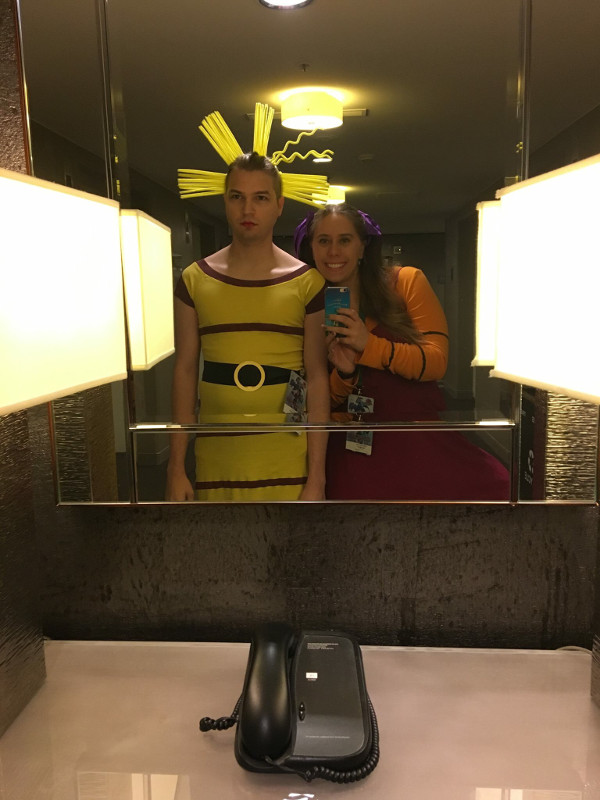 Rugrats (Angelica & Cynthia)
Year: 2017
Apparently I lied when I said no more make-up. This dress was a harsh wakeup call for my body image. 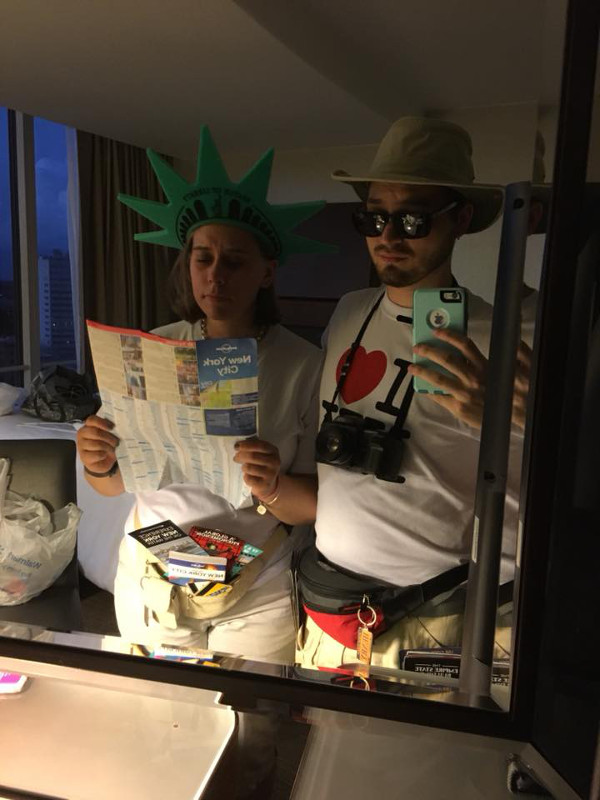 Tourists - Henry & Susan Leibowitz
Year: 2018
Materials for this costume were locally sourced. Nobody could help us find that A train. 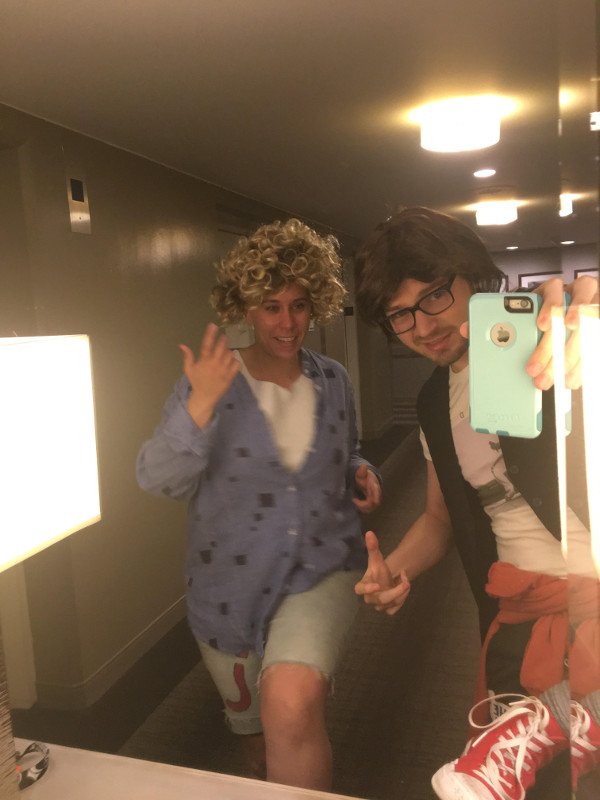 Bill & Ted's Excellent Adventure (Bill & Ted)
Year: 2019
Our attempt at an air guitar morning mirror selfie. It was most excellent. 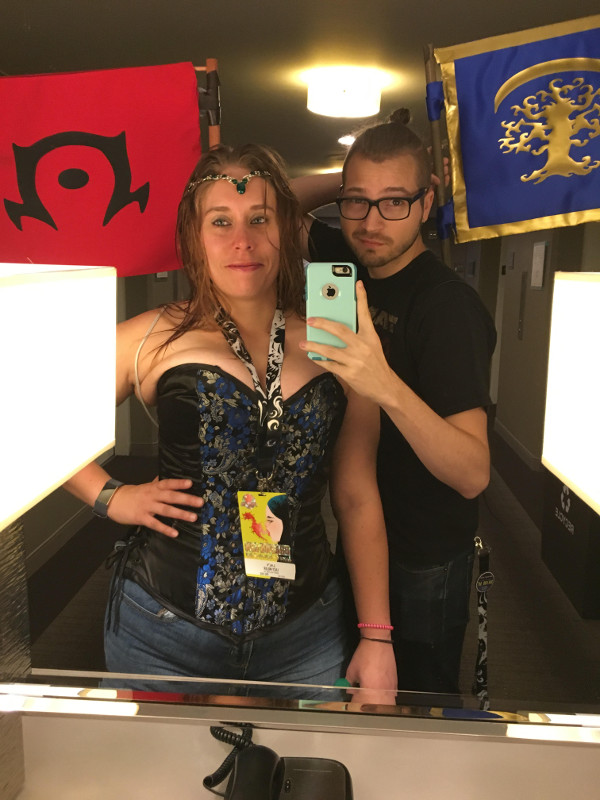 Warsong Gulch Flag Carriers
Year: 2019
Stepping out of the battlegrounds, and putting together our best Alliance/Horde flavor. For The Horde is the new Roll Tide. 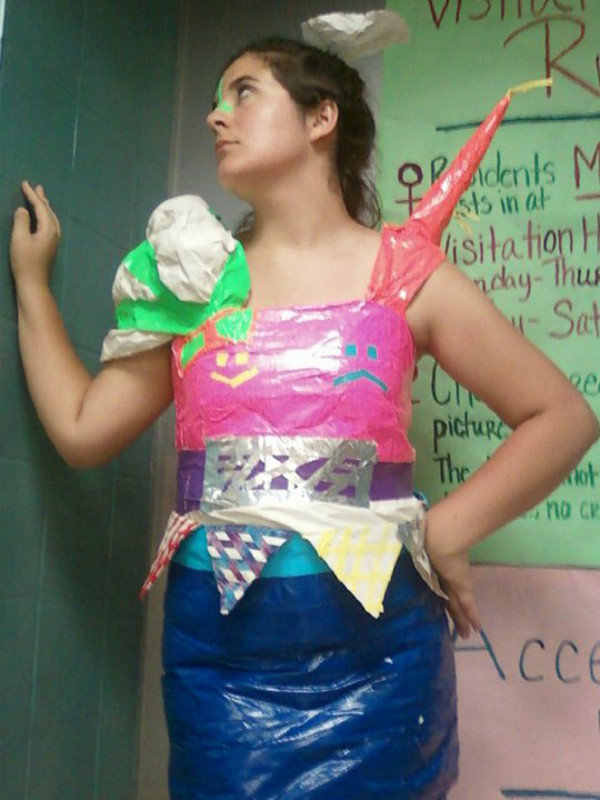 Rush
Year: 2010
A lovely dress composed of duct tape and cheap paper towels. Made in honor of rush week in collaboration with those on dorm desk duty. 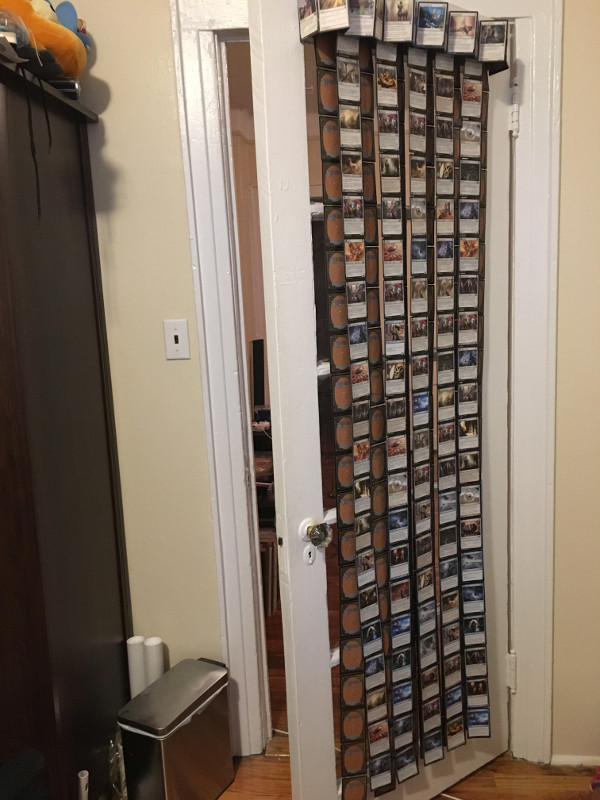 0/3 Curtain with defender
Year: 2016
I was in need of a curtain for my glass bedroom door. Decided to make one out of Magic the Gathering cards. Thank you Dusty for the donation.